Back to page
Add topic

Fantastic photos!!! Incredible what the cameras are really capable of doing! :-)

Which camera did you use?

[mr.anon]
So far the water-drop images were done with an S3 IS, and the recently added dremel-drill speed test was done on an S2 IS. Who knew that so much capability was just hiding behind the label on these things. :) I'm as astounded as you are.

[DDMan] ;-)
Thank you very much for the information! I'm anxiously looking forward for the CHDK port to DryOS because I got myself a Canon A720 before I found this really, really cool site! :-)
Keep up the good work and keep on posting your astonishing results. I think it is time to demonstrate how far digital photography has come and what capabalitites lie within modern cameras!

[mr.anon]
You might want to read this thread in the new CHDK Forums. So far we're now finding that CCD shutter speeds may go as high as 1/40,000, and flash duration might be able to be shortened to 1/100,000th second. Consider buying another older camera "used", then you can enjoy all these features TODAY! :)

New findings are in. It's now been confirmed why some people are able to get slightly higher CCD shutter-speeds on occasion. It's f/stop dependent. At f/8,0, shutter-speeds up to 1/50,000 to 1/64,000 are possible.

[hb] Would you happen to know if the "flash manual at lowest output" setting you refer to are supported on an SD850? I'm not finding it as an option. Thanks, hb

"(I just did a hunt to see what the fastest shutter speeds are available on any other commerical digicams, the $2000-$20,000 ones go up to 1/8000 shutter speeds. And that's with the crippling limitation of using a focal-plane shutter so there's no high-speed flash sync. :-) ) "

In general high speed photography with DSLR's are done in situations where ambient light is of no concern, the light exposure is fully dependent on the flash. What chdk does provide is (with the right camera) all the parts that would make this kind of shooting much more involved (with say a dslr) much easier to implement and in one package, you don't need separate hardware to do what chdk + scripting can do via software.

There are also some dslr's that have electronic shutters much like compacts and can sync as high as 1/2000 and up with non dedicated flashes (nikon D70, canon 1d). Realistically by 1/4000 of a second ambient light indoors should be a non issue.

On the contrary. Your follow-up statements aren't only misleading, they are misinformed and just plain wrong. DSLRs accomplish those higher flash-sync speeds by making the flash pulse at a rapid rate for the duration of the slow focal-plane shutter travel. The whole frame is filled with light from the flash as the focal-plane shutter moves at its snail's pace over the face of the sensor. So while you can get a FAKE high-speed sync, i.e. a narrow slit equivalent to 1/4000 second exposure, it still won't expose the whole frame any faster than the X-Sync of the DSLR, which is never more than 1/320" at best, 1/250" more common, and often much slower than that depending on camera and flash units used. A DSLR's true shutter speed can never be faster than its X-Sync speed. Any speeds where the sensor is not fully illuminated at the same time will show focal-plane shutter distortions for any subjects that move faster than that. If you make a focal-plane shutter's slit narrow enough then you could slowly move it across a sensor for one whole hour of time and still claim you are getting a 1/4000" shutter speed. The true shutter speed in that instance would be 1 hour, not 1/4000" just because the slit is that narrow. This is no different than claiming that that slit moving across the sensor at 1/250" is really 1/4000". The width of the slit only determines how much light is getting through as it moves, akin to any aperture control, but in this instance it is a rectangular aperture. The full travel time across the sensor or recording media is telling you the true shutter speed. DSLRs (or SLRs) claiming any shutter speed over its X-Sync speed is a faulty concept and major drawback to all focal-plane shutters ever since they were invented. Contrary to what any of the x-spurts might ever tell you. This is one of the main reasons it should have been done-away with long ago. It's the main bottle-neck in any camera dependent on that design. Depending on focal-plane shutters will prevent you from moving into this century of photography. You've been lied to all your life and your inability to reason this out has left you in the dark. "If even 7 billion people are believing and doing a foolish thing, it remains a foolish thing." That has never been truer than when describing the focal-plane shutter in photography.

The image below is a good example of what I'm talking about. Due to the SLOW speed at which that DSLR's shutter-aperture slit travels across the face of a DSLR sensor, anything that moves faster than that will be distorted. While this is taken in daylight the same will be true with using the FAKE high-speed sync speeds of all DSLRs when using extended flash cycling to illuminate the sensor during the shutter's full and SLOW X-Sync travel. 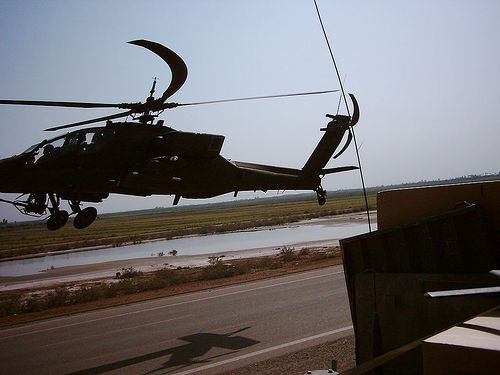 Do pay particular attention to the tail-rotor in this image and its corresponding shadow on the ground. Their directions are a full 90 degrees from each other. What?!? Is this some fissure in the space-time continuum causing a shadow to not match the subject? No, it's the usual and totally inaccurate photography that's created by ALL focal-plane shuttered cameras. ALL DSLR's will never capture reality, they will only capture a distorted approximation of reality. This is caused by the narrow "high-speed" shutter-aperture slit exposing the sensor at different times. The camera's indicators and camera company may tell you that you are getting a 1/4000" shutter-speed but in reality you are getting nothing faster than the camera's fastest X-Sync speed. You can NEVER get around this limitation with any focal-plane shutter camera no matter how much you want to try to twist facts. Yes, you can use any slow shutter speed and then use the flash's speed to determine the exposure span, but then you are back at square-one again. Let's see you take those images of the BIC-lighter lighting by using flash to illuminate that. There's just some things that you'll never be able to do with any DSLR no matter how much money you want to throw at it nor how much that you want to psychotically believe that it must be better than a lowly P&S camera. You've been scammed your whole life by hundreds of thousands of people/idiots and your own inability to think clearly. Deal with it.

Here's an example of another problem caused by DSLR sensors, slow scanning sensor data read-out speeds. Notice the blurred propeller in this image. Each band in the image is caused by bands of the sensor being read-out at slow speeds. You can keep your last-century DSLR technology. These P&S cameras suffer from none of these problems when addressing high shutter-speeds and fast moving objects. 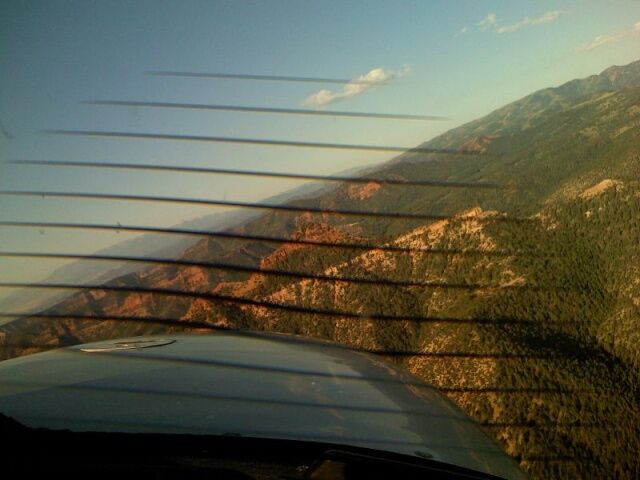 Not at all. The brief exposure time needed to capture "frozen" images of high-speed subjects is provided by the flash unit in high-speed flash photography. (If you're interested in high-speed motion picture photography that's another matter and does require a special camera.) The camera, in fact, is usually used on the bulb setting. That is, the shutter is held wide open in a darkened room in readiness for the flash discharge. It's the brief discharge (as short as 1/30,000 second with common flash units) that "stops" the action. "

This looks really cool! Where do I download the script for this and which Canon camera it is compatible with? I can't access the forum, it is down? Thanks in advance.