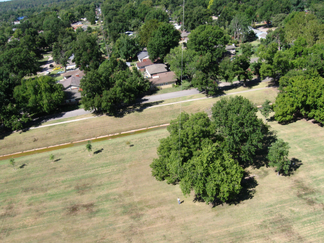 This page describes an intervalometer script designed for use in KAP (Kite Aerial Photography) & UAV (Unmanned Aerial Vehicle) applications. It may also be useful for balloon photography.

The KAP Exposure Control Lua script in an intervalometer script that automatically controls shutter speed, aperture, ND filter, and ISO settings so as to maintain the fast shutter speeds needed in kite aerial photography (KAP) and unmanned aerial vehicle photography (UAV). With these applications, the camera is almost always moving, and resulting motion blur is often a big obstacle to getting sharp pictures. Simply setting the shutter speed to a fixed fast value may not allow enough flexibility when lighting conditions are variable. This script actively manages all exposure inputs in order to keep the shutter speed fast, but will allow slower speeds if necessary to get proper exposure.

The following are some recommended setting for the various options in the Canon menus (in shooting mode).  As each camera is a little different, some settings may not exist or may have slightly different wording.

The script uses the latest manual focus capability released in CHDK 1.3.0 to automatically focus at infinity if so configured. Note that despite considerable effort, not every camera will focus well at infinity under script control. Some camera models are even reported to have variation between individual cameras. So some experimentation may be required to confirm how well this setting works on any particular camera. If the script option for "Focus at Infinity" does not work for your camera, you will need to deselect it and use your camera in autofocus mode.

Note :  if focus at infinity mode is selected,  the script onscreen log will display a warning message in red & white if the focus does not lock at infinity. 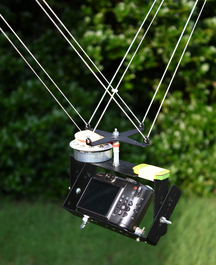 Specifies the time between shots in seconds.

Defines how long the script will run before halting.

Defines how many shots the script will take before halting.

Power off when done?

Turn off LCD display and backlight either on script start or after a 30 second delay. Press any keyboard key to re-enable.
Note : you must disable the Shot Review function in the Canon shooting menu for this to work properly!

Allows a delay at script start before shooting starts - giving time for the kite or UAV to reach a desired altitude.

Works like the built-in Canon exposure compensation,  allowing the exposure reading to be offset by up to two f-stops.

Specifies the position to set the zoom lens at the start of shooting.

Script will attempt to set focus at infinity (using AF, AFL, or MF modes if available on the camera).  This function may not work with all cameras - some experimentation may be necessary

See the Setting Focus at Infinity section above.

Defines the lowest shutter speed that will be used. Note that the algorithm will not try to go below this value to get the correct exposure, possibly resulting in underexposed images that will need to be fixed in post processing.  Used to prevent motion blurr when the illumination is poor.

Defines the maximum shutter speed that will be used before the ND filter (if present) is inserted. Note that the algorithm may try to go above this value to get the correct exposure as a last resort, depending on CHDK's ability to extend the shutter speed.

Used to define the lowest aperture setting to be used.

Defines the lowest ISO sensitivity value to use

Defines the maximum ISO to be used during "normal" shooting.

Allow use of ND filter?

Enabled / disables the script's ability to use the ND filter (if available).

When enabled, tells the script to switch modes every time the defined number of shots have occurred and record a video segment.

Sets the length of the video recorded in seconds when the Video Interleave option (above) has been selected.

Enables the camera's USB port to be used for shooting control.

A timeout value when using USB Shot Control.  If no USB activity happens after the specified duration, the camera will swith to playback mode (and immediately retract the lens in setup correctly in the Canon menus). Camera will return to shooting mode on the next USB port activity.

For a camera with no ND filter and no adjustable iris (the "Tv-only" case), the script works as follows :

For a camera with an ND filter but no adjustable iris :

For a camera with an adjustable iris, but no ND filter, the script works as follows:

- If still more exposure is needed, it slows the shutter speed below target to get a good exposure.

- If exposure is still too high, it raises shutter speed above your Max setting to get a good exposure.

For a camera with both an adjustable iris and an ND filter, the script works as follows:

Note that in very high scene brightness, the algorithm may yield a shutter speed higher than your Max setting, and even higher than your camera's highest nominal setting. Under CHDK such fast shutter speeds may indeed work, but may not be reflected in the EXIF data for the picture (which may only go up to about 1/2000 second). If that occurs, the log data will reflect the actual settings at which the picture was taken.

Also remember that for cameras with an iris, if you use the zoom settings to zoom in to any amount, your camera's minimum f-stop will go up. The script will automatically adjust your minimum and target Av settings if needed. This may be the explanation if your EXIF aperture data shows higher f-stops than your settings call for and you are using zoom.